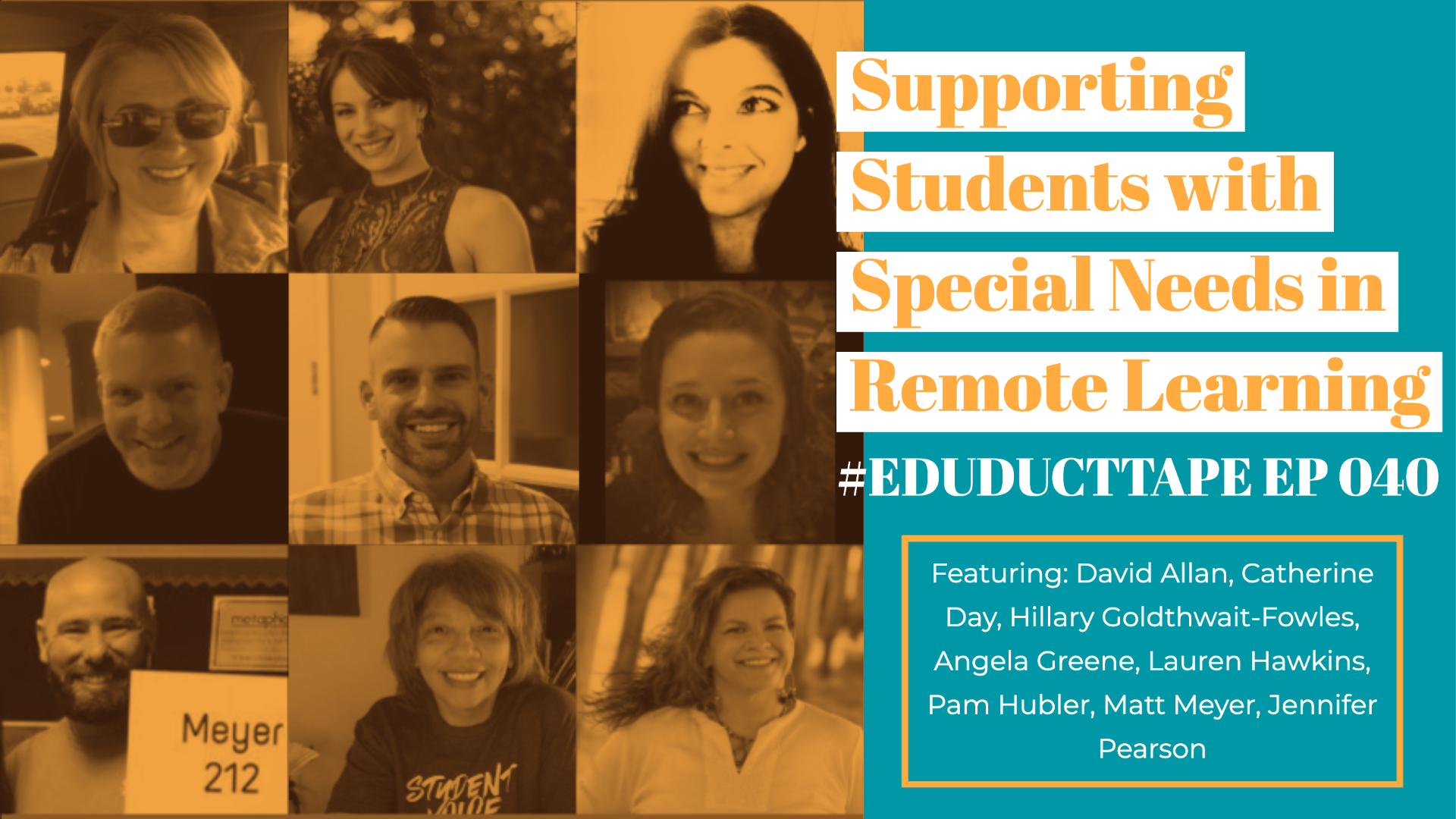 In the 18th full episode of Season 2, I share tips, ideas, and recommendations from multiple educators about supporting students with special needs during remote learning. We discuss different accessibility features and assistive technologies within Chromebooks, iPads, Google Chrome, Microsoft and more, as well as some best practices, accommodations, and modifications. 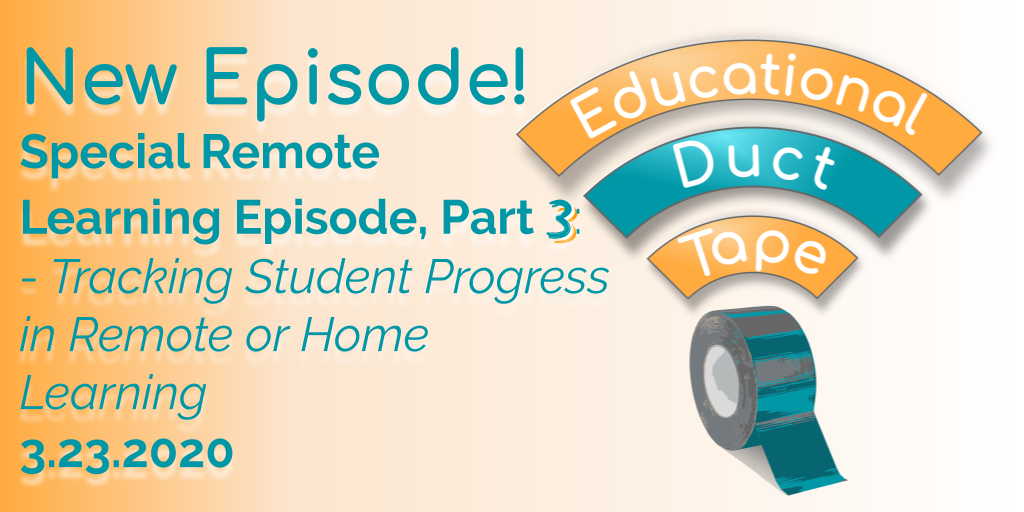 In the 3rd and final part of Episode 17 of Season 2, Jake continues his coverage of edtech ideas and suggestions for Remote or Home Learning during the covid-19 pandemic closures. In this episode, Jake shares the perspectives of 3 educators (plus his own) for tracking students’ progress during remote learning.

Teachers have been scrambling over the last week or so to figure out how to connect with and instruct their students during extended school closures. One of the first questions that many seeked to answer was “How can I do a synchronous video chat or lesson with my students?”

Well, Google for Education has reacted swiftly and effectively.  Last night, they released an update to Google Meet for gSuiteEdu users.  This update remedies the 3 issues listed above.

In my tests so far today, #1 and #2 above are already fixed.  Issue #3, however, still persisted in my test and it looks like it’s because that part of the rollout won’t be quite as swift (the post lists that it may take as long as 2 weeks to roll out to everyone).

Don’t come down to hard on ol’ Google here

I have already seen some “too little, too late” comments on Twitter about this. I do NOT agree with that.

First off, if you switched to Zoom because of this issue with Google Meet, there’s no reason to switch back to Meet.  You’ve got a solution that is working for you.  Just stick with it.  Don’t ask your students to learn a new platform.

Now, if you want to say “You were too late on this, Google!” slow. your. roll. Like every other tech tool that we’re using, Google Meet was not built for synchronous remote video lessons. They could’ve easily said “too bad, That’s not the intended use of Google Meet,” but instead they said “We’ll fix that for you.”

And not only that, but they went from becoming aware of the problem to fixing the problem within 1 week.  1 week!  That’s tremendous.

Think about that: they tried something out (essentially, a beta, as they call it in the tech world or a pre-assessment as we may call it in education), observed a flaw, listened to feedback and put improvements in place.  In the classroom, we call that formative assessment.  In the landscape of remote learning?  We call that awesome. 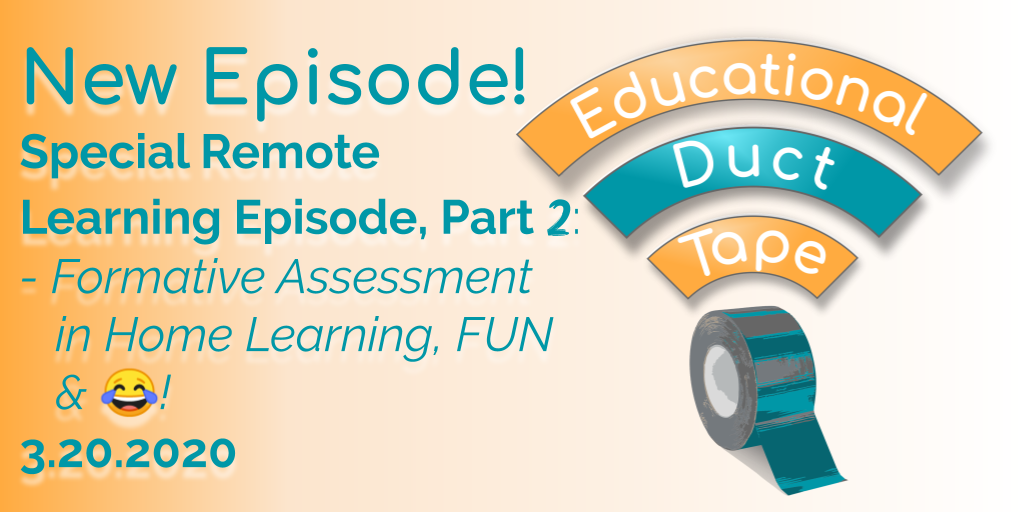 In the 2nd part of episode 17 of Season 2, I continue my focus on the use of technology for #RemoteLearning, #HomeLearning or #DistanceLearning in the age of school closures for the coronavirus (covid-19).  Multiple guests share their advice for formatively assessing students in these scenarios. Tools discussed include Quizizz, Zoom, Google Forms, Google Classroom, Screencastify, Edulastic, EdPuzzle, PearDeck, and Formative. Also, my son Cohen joins to show off his comedy chops. 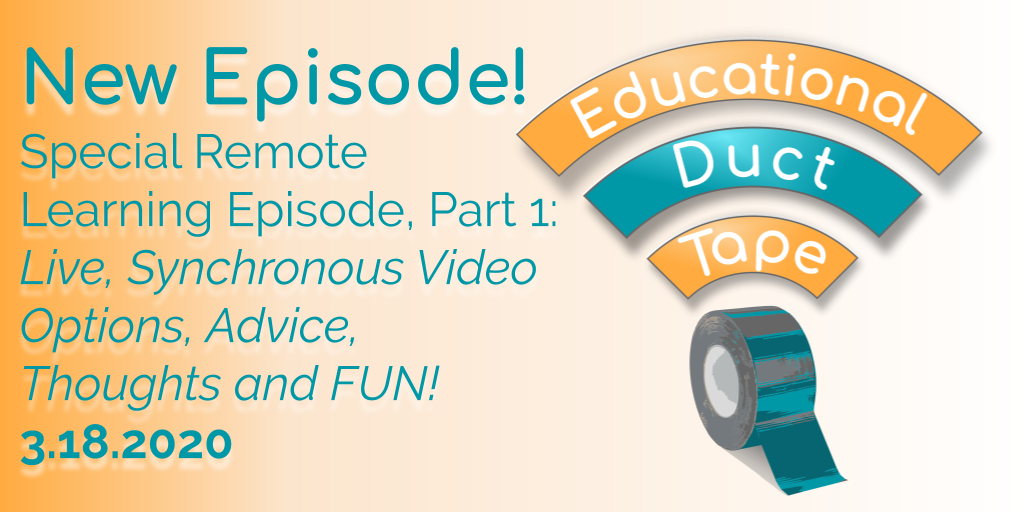 The 17th episode of Season 2 is the 1st part of a special episode focusing on the use of technology for #RemoteLearning or #DistanceLearning in the age of school closures for the coronavirus (covid-19).  Multiple guests share their advice for using live, synchronous video in these circumstances. We discuss StreamYard, OBS, Zoom, Google Meet, Screencastify and Flipgrid.