I couldn’t stop laughing.  My son was running all around the basketball court.  Behind the coach, behind the player with the ball, under the hoop, out of bounds, into the backcourt, all over.  And his defender was annoyed.  I would have been embarrassed, but it was too funny to consider that option. 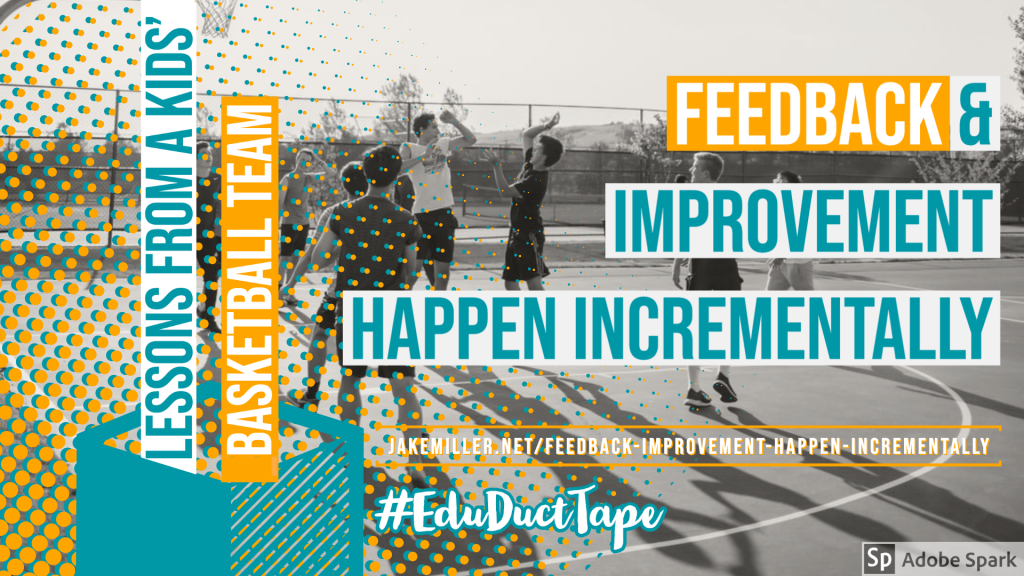 Why was my 7-year-old running around the court like a hyper chihuahua?

Feedback.  After his first game, I talked to him about how he was constantly yelling “I’m open!  I’m open!” even when . . . he was not open.  I taught him, if you want to be “open,” you’re going to have to move.  Run away from your defender so that you’re open.  You can see where this is going, I’m sure.

He took it a little too literally.  So, after that marathon of a practice, I explained, “Listen, you’re doing a great job running around, but you need to think about where you’re running too and you need to stop running sometimes so that your teammate could throw you the ball.”

Thankfully, this chicken-with-its-head-cut-off style of basketball has ended, but we’re still in this constant evolution of his abilities based on my feedback.  Every week, I give a new piece of feedback (“Make sure you know where the ball is when you’re playing defense.” . . . “Don’t stand right next to your teammate who has the ball.” . . . “Fake running in one direction and then go in the other direction.”) and, thanks to my feedback, every week he gets incrementally better.

Next week?  Teaching him to not take 5 steps and then a giant jump when his coach instructs him to do a “jump stop” before shooting his layup.  🙂

Jake is the host of the Educational Duct Tape podcast, the #EduGIF Guy, a Tech Integration Coach, speaker, Former STEM, Math & Science Teacher, and a presenter. View all posts by Jake Miller